Oversaturation of Neo Soul and (Fusion) Jazz Influence in Hip-Hop? 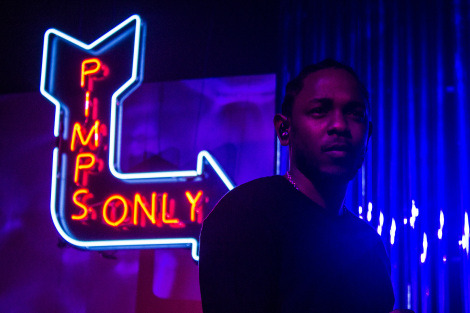 One of the first Hip-Hop albums I fell in love with was Tyler, the Creator’s Wolf, an album I still say is critically under rated by serious hip hop heads. The album combined Tyler’s signature clunky flow and shocking lyrics with an outrageous and inventive soundscape that combined elements of Traditional Hip-Hop, Trap, World Beat, Dance, and most notably Jazz, specifically Fusion Jazz, and Neo-Soul. Even though this was not the first Hip-Hop/Rap album to be influenced by jazz and/or Neo-soul, this is the first album I can remember listening to that brought together Hip-Hop/Rap and Neo-Soul and Jazz at all, much less so seamlessly and inventively. But, for better or for worse, it would not be the last new-school rap alum I would hear that did a similar sort of genre blending.

In fact moving on from that point it almost became the norm. Now of course it’s not like the radio waves are filled with bizarre experimental fusions of Jazz Rap. But, the underground has become proliferated with it. And, that’s not to say that “main stream” rap is completely immune to this wave in its entirety.

Approximately a year after the release of “Wolf”, Kendrick Lamar released To Pimp a Butterfly. For those unaware of this project, it combined Rap/Hip Hop with other traditionally black genres of music including Funk, Reggae, Spoken word, Jazz, and Soul. The album’s lead single “i”, which used elements of jazz, funk, and some Outkast style vocals, even managed to climb the charts and get some radio play before being met with the inevitable back lash.

Since TPAB, there has been no shortage of other Rap/Hip Hop albums and songs drawing from this similar well of influence. XXL Magazine even included Anderson .Paak, an artist who lives in the ecosystem that is the space between Neo Soul and Rap, in their “freshman class” list this year. Mac Miller has dipped in to the sound from time to time, but recently plunged face first into it with his newest album “The Devine Feminine,” which has little to no rapping in the entire project. Childish Gambino has also seemed to go down this path, with the first two singles for his upcoming album “Awaken My Love” both having singing instead of rapping. I’ve said for a while that Gambino and Mac are underrated as rappers, and now they seem to have abandoned the skill set almost entirely in favor of soul singing.

When Wolf came out I thought it was a breath of fresh air as it was so sonically different than any other rap album that I had heard at the time and most rap albums to even be released at that time. But, now I feel like the sound that I thought was freshening up a stagnant Hip Hop scene is on its way to become just as overplayed as the sounds that proceeded it.

To add to this, the Neo-Soul and Jazz sound that are getting used are Throwbacks. While they can benefit from a modern spin, they are undeniably sounds that have already run through their time in the lime light. That’s why lately, I’ve been more attracted to Artist’s like Lil Yachty. He may be young and not quite be musically knowledgeable yet but he’s taking modern rap sounds and making them his own.

I’m not calling for these influences to be stripped out of the genre completely. I just think that it’s time for rappers to look in other directions when creating their soundscapes.